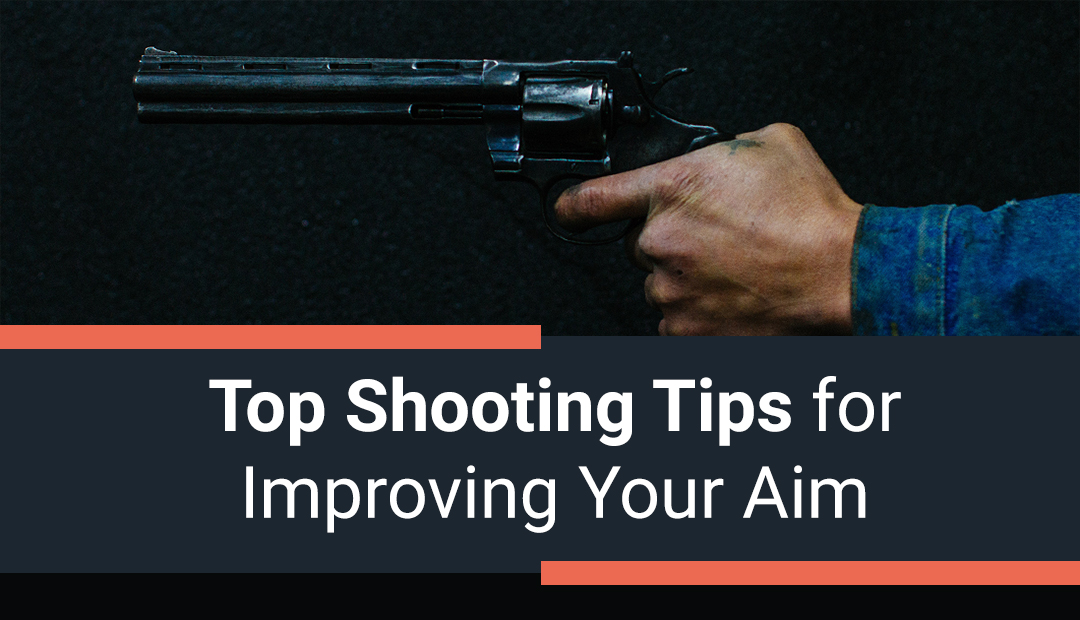 How often do you use your firearms?

There’s only one thing better than collecting firearms, and that’s shooting them! There’s that thrill when you pull the trigger and hit your target that just makes you feel so alive—well, that is… IF you hit your target!

Merely purchasing a beautiful and functional firearm through GTA Guns auctions is not guarantee that you’ll know how to use it. Firing a gun, like any other skill, takes practice. When you’re shooting something high-powered for the first time, chances are that your shot is going to be off the mark. But that’s okay because practice makes perfect!

If you want to learn how to improve your aim and make your firearm skills as impressive as your overall collection, here are a few tips!

What Kind of Firearm Are You Using?

The type of firearm that you’re using can have a significant impact on your overall aim.

If you have an excellent aim when shooting a handgun, then there might be an adjustment period when it comes to firing a rifle (and vice versa). While there are obvious similarities, adapting to a new type of firearm (or even a different model of the same kind of gun) can take some time.

When you watch someone firing a gun in a movie, they’re often jumping off a car, running at full sprint, or otherwise occupied in an activity where their firing stance is secondary. In the real world, not only would they be missing every single one of their shots, but they would hurt themselves due to the recoil of the firearm.

When you’re firing a gun at a target range or in a hunting situation, your stance is the key to hitting the bullseye. Check your shoulders—are they up around your ears? If so, relax them. Keep your knees slightly bent without locking them in place. You never want to bend backward at your shoulders, hips, or waist. And you want your weight to be slightly forward to counteract the recoil of the gun. The exact stance can vary, depending on the type of firearm you’re shooting, but figuring out the proper one is definitely one of the most important things you can do to improve your aim.

It sounds like the most basic step of firing a gun, but it’s incredible just how many people don’t know how to pull the trigger!

One of the problems here is a matter of vocabulary. When you “pull” the trigger, you shouldn’t be pulling at all. It’s actually more of a press. You want to move it back as quickly as possible without jerking the firearm. This small movement can be surprisingly tricky, depending on the amount of resistance the trigger has. It can require a lot of practice to get used to pulling it. Thankfully, you don’t need to be wasting ammo while you practice. The trigger resistance is the same whether or not the firearm is loaded. So, practice unloaded to get used to it, then move to a target practice situation where there is ammo involved.

If you ever played a sport as a kid, you know the importance of following through. If you stop the movement just short of throwing a ball, the ball is likely going to go off-target. The same principle applies when it comes to shooting.

When you shoot, you should be visualizing every step in firing the gun. By physically and mentally connecting with the process of shooting, you should be able to keep your focus razor-sharp until the second that the bullet hits the target.

Make Sure Your Accessories Are Properly Mounted

If you are firing a rifle with a scope attached, then you must make sure that it’s properly mounted. If it isn’t, then it’s going to throw the carefully calibrated balance of the rifle off. This means that no matter how good a shot you usually are, your aim is going to be off when you’re firing the rifle.

Even worse, if you’re training using a rifle with an improperly balanced scope, then your muscle memory is going to get used to that gun. Then, when you finally are given a properly-balanced rifle, you’re going to be wondering why you can’t hit anything—that’s because you’re so used to an improper balance that a fully-functional firearm will feel weird.

No matter what skill you are trying to learn, practice makes perfect. Expecting to hit the target the first time you have a new firearm in your hands is simply unrealistic.

Practicing shooting might not be as an expensive activity as you might expect, especially if you are a member of a gun club. The most important tip when it comes to improving your aim is, without a doubt, practice regularly by firing your guns.

If you store your guns with us at GTA Guns secure storage, then all you need to do is give us a call to pick up your firearms before you go to practice your shooting. And if you’d like to learn more about GTA Guns auctions, or any of our other services, please feel free to contact us. Have fun safely using your firearms!