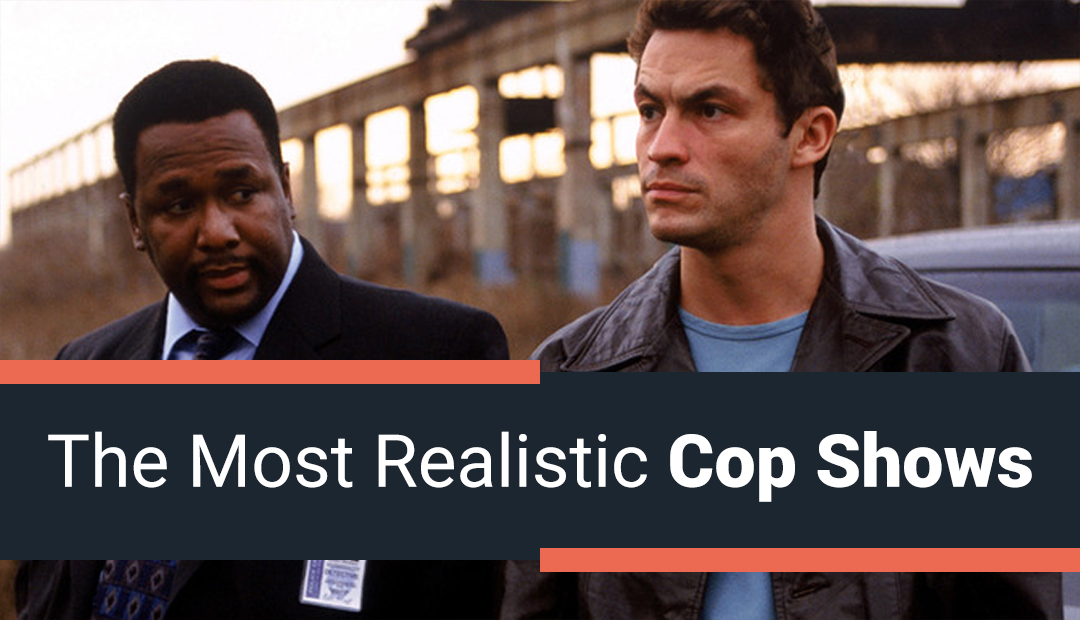 Turn on the television past 6pm and chances are that you will find a cop show playing on at least one station. Cop shows have been staples since television’s very beginning, applying varying levels of realism over the years depending on audience tastes and network censorship. Of course, every show has to take a certain level of dramatic license to make things interesting and keep their audience engaged (watching an officer do paperwork for an hour every week doesn’t exactly make for riveting television). That being said, many cop shows do still manage to achieve a level of realism while still being entertaining. Sometimes this realism is based around actual police procedures, while other times it is based around the kind of relationships that can form between officers themselves.

Here are a few of the most realistic cop shows in television history:

Originally debuting as a radio show in 1949, Dragnet was soon adapted during the early days of television in 1951. This show set the stage for every single cop show that came after it with its focus on the procedural side of police work. Producer and star Jack Webb’s focus on realism made Dragnet must-watch television for audiences of the era.

In terms of guns, Sgt. Joe Friday’s Colt Detective Special and his partner’s Smith & Wesson M&P revolver were both recognizable weapons that police officers actually used in this period.

Even if you are not familiar with the show, chances as that you will immediately recognize the opening chords of the Dragnet theme…

Law & Order was one of the longest-running crime dramas in American television history, enjoying twenty seasons before being cancelled in 2010. It pioneered a unique take on the police drama: the first half of every episode would focus on the police investigation into the crime of the week (the “Law” part), while the second half would focus on the prosecution of that crime (the “Order” part).

Obviously, as lawyers don’t usually settle cases with a shootout, the majority of the guns were found in the police procedural part of the show. The primary guns the officers were armed with in Law & Order were Smith & Wesson Model 36 revolvers.

And, of course, you can’t mention Law & Order without referencing the iconic “chung, chung” sound effect that started every episode…

Although it wasn’t necessarily the most realistic cop show on television, NYPD Blue left you fully invested in its characters. The show developed realistic relationships between officers over the course of its twelve seasons. It was also one of the first cop shows that showed the toll that police work could really take on officers of the law, with one of the main characters struggling with alcoholism throughout its seasons.

Almost every police detective in NYPD Blue was equipped with a Glock 17 as their main firearm (although the Smith & Wesson Model 36 also made regular appearances). This gives NYPD Blue a slight hit in the realism department, as the only Glocks authorized by the real NYPD are the Glock 19 and the Glock 26.

Homicide: Life on the Street

Homicide: Life on the Street is based on a non-fiction book about the Baltimore Police Department’s Homicide Unit, written by David Simon (who would later create what is considered to be the greatest police drama of all-time, The Wire).

The aim of Homicide: Life on the Street was to bring a stronger sense of realism to the police drama genre, eschewing happy endings and instead showing that, sometimes, the criminals get away and the good guys don’t always prevail. This somewhat pessimistic style made it a critical darling, but it also resulted in low-ratings.

Uniquely for the time, Homicide: Life on the Street was set in the same universe as another television show—Law & Order (as well as the medical show Chicago Hope), and characters regularly made appearances on both shows, usually resulting in ratings bumps.

One of the most critically acclaimed cop shows on this list, The Shield’s realism was based around what it really meant to be a cop. This show dealt with police corruption in an uncompromising way, showing all sides of the moral choices that the characters made in “protecting the peace”. Some fought tirelessly for it, some made money off it. It’s a brilliantly layered show that asks a lot from its audience.

The main character, the corrupt Detective Vic Mackey, carried a Smith & Wesson 4506-1 pistol as his sidearm, while most other police officers in the show used a Beretta 92FS.

The Wire is generally considered to be the greatest police drama ever made, and one of the greatest televisions shows ever made, period. Like Homicide: Life on the Street, The Wire was set in Baltimore, with each season exploring the relationship that different Baltimore institutions (such as the drug trade, the media, and the city government) have with the Baltimore Police Department. Created by David Simon, it also was made by many of the same writers and producers who worked on Homicide: Life on the Street. Despite being set in the same city, The Wire stood apart with its complex literary themes and complete commitment to realism (to the point where the show often cast real-life Baltimore figures as themselves).

Similar to Homicide, the main gun you will see in this series is the Glock 17, the real-life standard issue firearm of the BPD.

Different from all of the other shows on this list, COPS is reality television, and one of the earliest and most popular examples of the genre. Every week, the camera would follow real-life police and other law enforcement officers on their daily routine. The longest running show on this list, with 30 seasons thus far, new episodes continue to be produced to this day.

The police in COPS are equipped with whatever the standard issue firearm is for their department, so it would be impossible to list them all here.

This is just a small selection of the best-known, and most realistic, cop shows that have ever been on television. That said, realism isn’t the “end all, be all” of police entertainment. If you’d like to laugh yourself silly, you should check out some classic police comedy and dramedies, such as Miami Vice, Reno 911!, Police Squad!, or the more recent Brooklyn Nine-Nine.