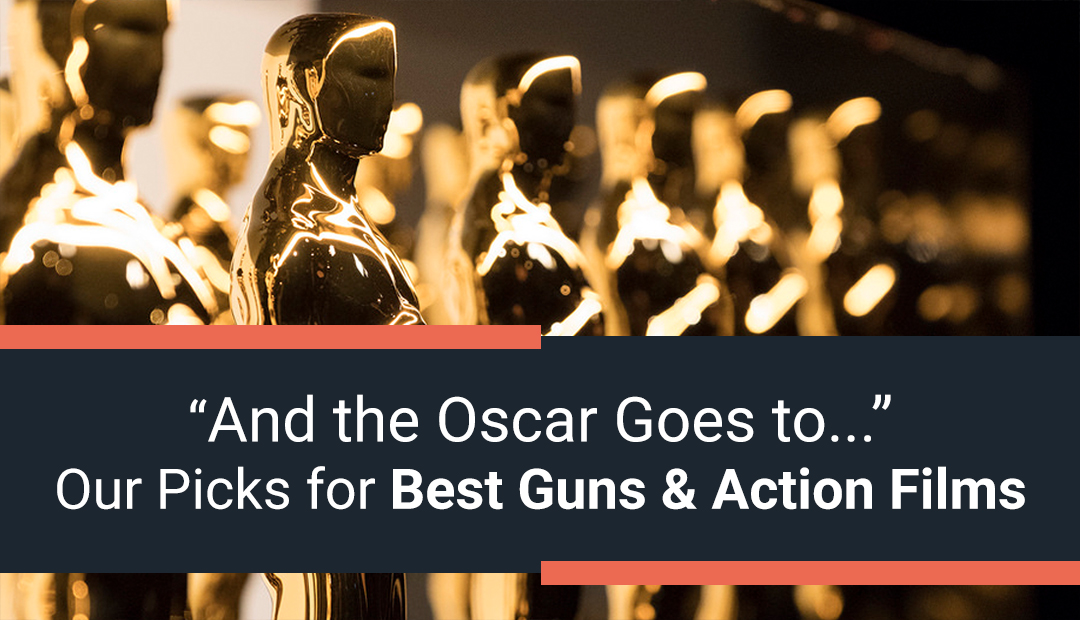 Did you see any movies that really stood out this year?

It seems like we are in a golden age of action flicks. With every passing year, they seem to get better and better. The cinematography is pushing boundaries, the action scenes are becoming more explosive, and the stories and characters are growing in depth. The best of today’s action movies don’t simply involve the hero mindlessly blowing things up—they involve the hero blowing things up for good and well-motivated reasons!

There was a bumper crop of action movies in 2017, so there would be no shortage of nominees if there was a category for “Best Action Film” at the Oscars. Sadly, there isn’t, but that’s not going to stop us from talking about our favourites. Here are OUR picks for best action film of 2017!

One of the first big action movies of 2017, Atomic Blonde stars Charlize Theron as spy Lorraine Broughton, who is on the search for a list of double agents in Berlin just prior to the fall of the Wall in 1989. The movie is loaded with style and filled with stunning action sequences. We admit, it isn’t exactly an entirely original idea, but it is very, very well executed.

As the movie is set in pre-unification Berlin, Soviet guns make many appearances in this film. The Makarov PM is used by basically everyone throughout the movie, including Lorraine. At points, she also uses a SIG-Sauer P226. And what would a good ol’ Cold War thriller be without a suppressed Tokarev TT-33 pistol?

John Wick Chapter 1 was a high water mark for action movies, reminding us just how insanely cool Keanu Reeves can be. In John Wick Chapter 2, Reeves is just as cool as ever as the assassin John Wick. His character comes out of retirement after a bounty is put on his head. Whoever ordered his assassination quickly discovers that doing so was a terrible, terrible idea.

There are a TON of guns in this movie. Wick’s main weapon is a customized Glock 34, but he also uses the smaller Glock 26 as a backup weapon. In the final scene (which we won’t spoil), he gets his hands on a number of Glock 17s. Either John Wick really loves Glocks or someone paid for a pretty hefty product placement! Other guns in the movie include a 1911 pistol, a Arsenal AF-1 Strike One, and a Kimber Warrior.

If there is one thing that you can always expect from director Edgar Wright, it’s the unexpected. He simultaneously revived and spoofed the classic zombie movie with Shaun of the Dead, created an action movie set in the most unlikely place in the world (a sleepy British village) with Hot Fuzz, and ended the world with a sci-fi/comedy twist in The World’s End. In Baby Driver, he gives us his take on the heist/car chase action film.

Although the main character of Baby is mostly behind the wheel as the getaway driver, he does end up using a Kimber Ultra Raptor at points throughout the film. That gun is primarily used by the character of Darling who, with the help of her husband Bubby (and Buddy’s SIG-Sauer P228R), has one of the most iconic gun fights in the film. We can’t recommend this movie (and its soundtrack) enough.

This sequel to the 2014 movie Kingsman: The Secret Service expands on everything that we loved about the original. A fun take on the spy genre (somewhere in tone between the James Bond and Austin Powers films), this movie has the British secret service agency, The Kingsmen, come to America to meet their US counterparts, the Statesmen. Guns, explosions, and laughter commence.

There are lots of interesting firearms in this film! The main character, Eggsy, utilizes a custom Takarec TT-30 as his weapon of choice. The Statesmen—as you would expect from the Americans—use guns with a little more… style. The character of Jack Daniels uses two nickel-plated Single Action Army revolvers, while the character of Tequila uses a beautiful Marlin Model 1895SBL lever-action rifle.

This blockbuster superhero film charts a different course from most other comic book movies. It is a period piece, set in World War I (so we get to see lots of vintage firearms). It was also the first live-action comic book movie directed by a woman, Patty Jenkins, and grossed over $800 million worldwide. Since its release, it has made regular appearances on “best comic book movies of all-time” lists, and for good reason: It’s awesome!

Although Wonder Woman doesn’t carry a gun in the film (she much prefers a sword and shield), her Guy Friday Steve Trevor certainly does. He can be seen sporting a M1911 pistol throughout the movie. The character of Charlie, a troubled Scottish sniper, carries a scoped M1917 Enfield rifle, while all of the British soldiers in the film carry the actual battle rifle of the Commonwealth forces in World War I—the Lee-Enfield No.1 Mk. III.

The only movie on this list to actually be nominated for the Oscar for Best Picture in 2018, Dunkirk was written, produced, and directed by legendary film director Christopher Nolan. The film portrays the Dunkirk evacuation of World War II. Unlike most war movies, this one equally follows its key characters on the land, sea, and in the air. These perspectives, along with the level of action, emotion, and drama, has earned it a spot as one of the greatest war movies ever made.

There are a ton of vintage firearms in this film. The Lee-Enfield No.1 Mk.III makes another appearance as the standard issue firearm for the British soldiers. The French soldiers, on the other hand, all use MAS-36 rifles (as they did in real life). A Bren Mk1 is also used in the movie, mounted to a Royal Navy destroyer for use as an anti-aircraft gun.

So, who wins best picture in our books? …Nah! Every movie on this list is a winner!