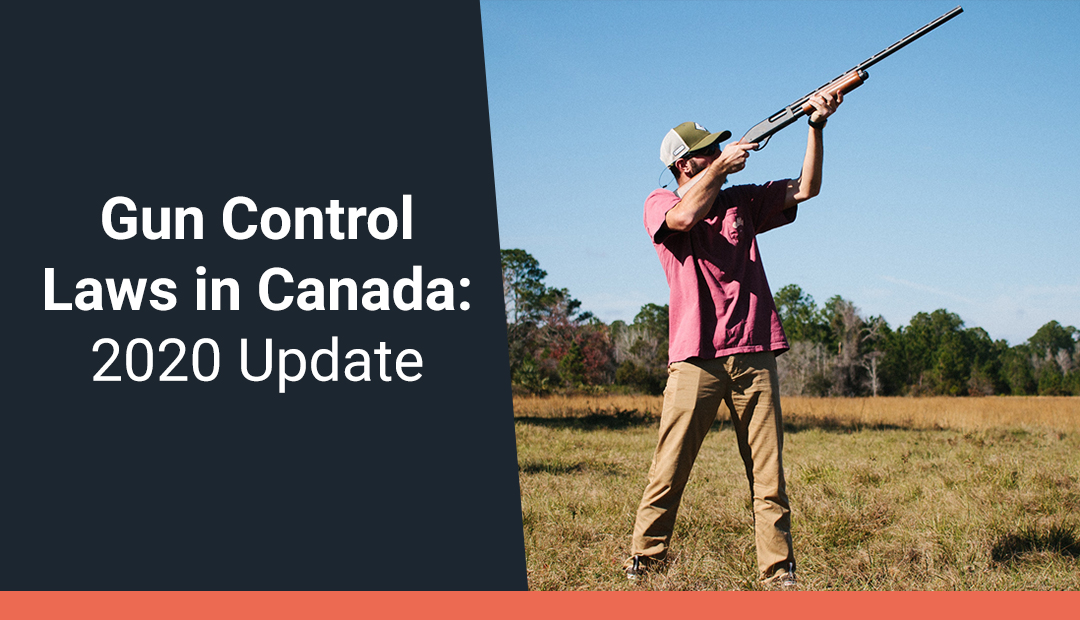 Are you aware of everything that’s going on with gun laws in Canada?

Since the beginning of 2020, COVID-19 and the US election have dominated the news, so it’s understandable why you might have missed some big firearm stories. Thankfully, GTA Guns is here to bring you up to speed!

As you may know from personal experience—and some of our older blogs on the subject—Canadian gun laws are considerably different from those in the US. We do not have the NRA here, firearm lobbyists aren’t quite as powerful, and we don’t have the Second Amendment—“A well regulated Militia, being necessary to the security of a free State, the right of the people to keep and bear Arms, shall not be infringed.” All of this means there are many more firearm sales restrictions here than in the US.

That said, many guns are still perfectly legal in Canada, so long as you are 18 years or older and have a valid firearms license. For example, non-restricted firearms, like most rifles and shotguns, only require proper registration, provided you have the correct license. Restricted firearms, like most handguns, semi-automatics, and a few military-style long guns are also legal, with some more restrictions. Firearms that are prohibited include automatic weapons and small handguns.

We also have a national gun registry in Canada so law enforcement can keep track of the restricted and prohibited firearms.

In response to the mass shooting that took place in Nova Scotia back in April of 2020, the Liberal government of Canada announced they would be banning 1,500 makes and models of military-grade assault-style firearms. From May 1st, licensed firearm owners were no longer allowed to sell, transport, import, or use these types of guns.

There’s a two-year amnesty period in place for anyone who already owns these types of firearms, and the government has said they’ll be providing fair compensation. Count us skeptical that that compensation will be near what you could earn if you were allowed to sell your newly-prohibited firearms to Americans through GTA Guns, but frustratingly, that ship seems to have sailed.

Furthermore, as of September 17th, 2020, it’s uncertain when this buy-back program will be put into action. There could also be a grandfathering process put into place, although this has also not been announced yet. The entire process is estimated to cost Canadians approximately $1 billion.

Needless to say, these new restrictions have caused a tremendous amount of controversy across the country. Though many were in favour of the new assault-weapon ban, many others opposed it. For example, at the beginning of September 2020, Calgary Nose Hill’s Conservative MP Michelle Rempel Garner started a petition opposing the ban that received over 230,000 signatures. The petition claimed that the Liberal government was attempting to push the ban during the COVID-19 crisis to limit debate as Parliament was suspended. Rempel advocated for an increased focus on illegally-obtained firearms, such as those that were smuggled in from the US.

These firearms regulations could go fully into effect soon. Though there aren’t currently any proposed legislation or serious proposals that would further limit firearms ownership in Canada, governments and public opinion can be quick to change—that’s why GTA Guns will be sure to keep you all up-to-date about any upcoming changes to Canadian firearm laws. It goes without saying that we support fair and reasonable firearms regulation, but it’s always tricky to find a balance that doesn’t go too far in either direction.

If you’d like to learn more about our GTA Guns auctions and discover how you can earn big money selling your firearms to collectors all over Canada and the US, please feel free to contact us today. And if you have any questions about what firearms you can legally sell, our auctions, and our other services, don’t hesitate to ask!