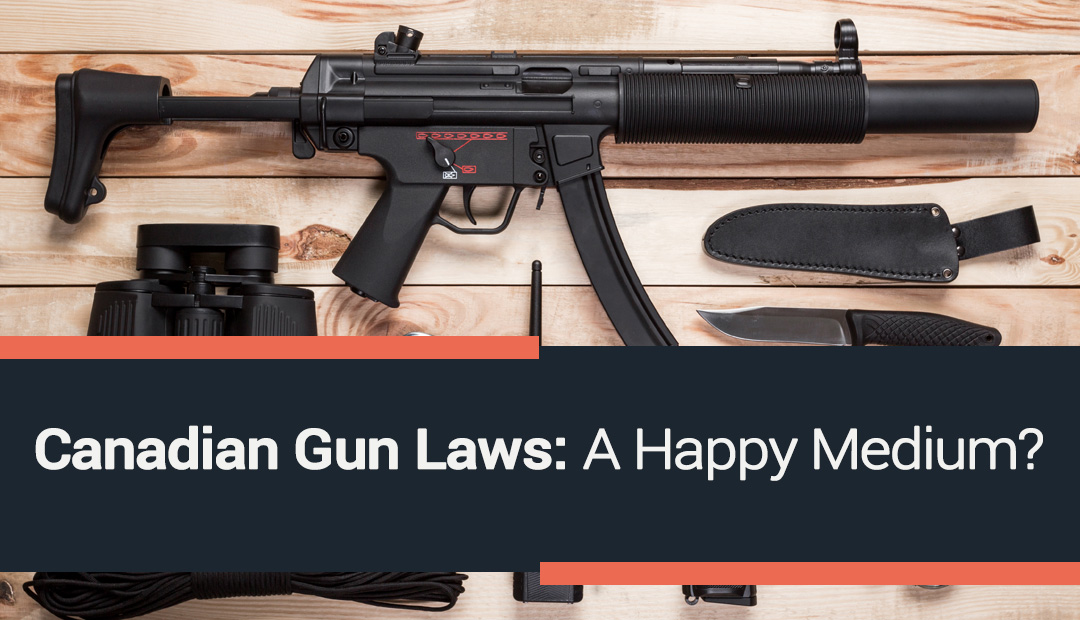 It’s time to ask that age-old question: what makes us different from the Americans?

Obviously, there are countless answers to that. From the structure of our government to our national character to preferring gravy and cheese on fries, Canadians differentiate themselves from Americans in so many ways. One area where we don’t necessarily differ is a love of firearms. But one area where we DO differ is how we regulate them.

With gun laws being a remarkably hot topic in the United States today, we thought it was time to take a look at how our gun laws set us apart from our southern neighbours and if they strike a decent compromise between availability and safety.

History Brief of Guns in Both Countries

In both countries, firearms were historically associated with exploring the frontier, taming nature, and hunting for food. Back then, having a firearm wasn’t a choice, it was a necessity. It was a tool that many pioneers needed to simply survive.

Soon after, the United States rose up in rebellion during the American Revolution. Firearms didn’t just represent the frontier anymore, they represented independence and freedom. And this perception has continued to this day, enshrined in the US Constitution as the Second Amendment, “A well regulated Militia, being necessary to the security of a free State, the right of the people to keep and bear Arms, shall not be infringed.”

When you compare gun culture between the US and Canada, the biggest difference could be the astonishingly powerful US gun rights lobby, the National Rifle Association. The NRA is an organization entirely dedicated to protecting the Second Amendment, advocating for absolutely no limits on the right to own guns.

Although there are certainly gun lobbyists in Canada, there isn’t an organization that holds the same cultural and political power as the NRA. This has had a huge impact on our gun laws and the way we perceive firearms in our country. Generally, gun laws in Canada are determined at the federal level, although the provinces generally run the relevant programs. In the US, gun laws can vary wildly from state to state.

All of these types of firearms are available in the US as well, but with greater availability. Due to the second amendment, it’s actually illegal to have a government gun registry in the US.

Purchasing a gun is a very different experience in Canada than it is in the US.

To buy a firearm in Canada, you must go through the Canadian Firearms Safety Course, pass an exam, and submit an application for a Possession and Acquisition Licence. When you apply for a PAL, the RCMP does a thorough background check on you, to make sure that you are not a risk. There is then a 28-day waiting period. If you wish to acquire and transport restricted firearms your references will be checked and additional background checks and a higher level of safety training is involved.

In the US, it’s quite a bit simpler. If you want to buy a handgun or semi-automatic weapon, no problem, so long as you are are a US citizen, over the legal age, and can pass a background check. Buying an automatic weapon is a bit more involved, but possible as long as the firearm being sold was made before 1986. There are also huge loopholes in this system in some states. For example, if you purchase a gun from a private unlicensed seller at a gun show, you are exempt from background check requirements, even if you are prohibited from buying guns by the Gun Control Act.

So, are Canadian gun laws a happy medium, as compared to the US? That depends on where you are coming from. Many Canadians are happy that it is more difficult to purchase a firearm in our country, as this limits the chances of gun violence. However, arguments could be made that most firearm restrictions only punish law-abiding gun owners, rather than actually deter criminals. Of course, things could always change. Gun laws in Canada have been a hot topic for years, with the long-gun registry being a particularly contentious subject. Gun laws are likely to be debated in the 2020 election, with the Conservatives promising to eliminate red tape and the Liberals promising to further tighten gun laws. At the moment though, our system of gun ownership is strong and stable, if occasionally slightly confusing to deal with.

But that’s why you should come to us to buy your firearms through GTA Guns auctions.  All you have to do is bid, once you win the gun and have your gun licence, just sit back and let us handle all of the paperwork for you! If you’d like to learn more about GTA Guns auctions, or any of our other services, you can click here to learn more, or simply contact us to ask for more details. And be sure to follow us on Facebook and Twitter!