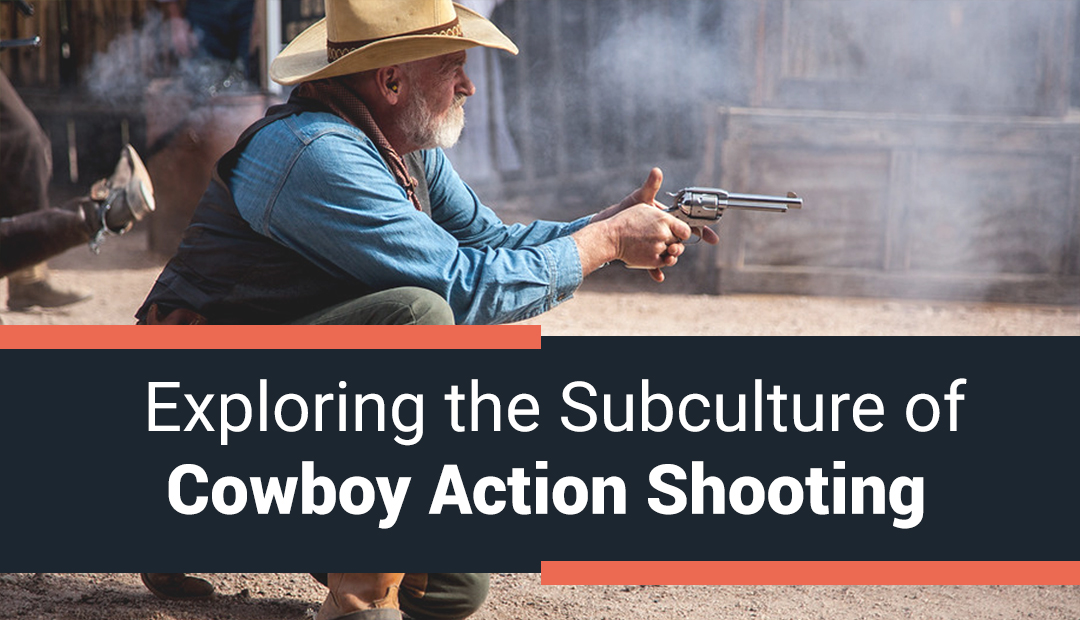 Have you ever wanted to be a cowboy?

Gun culture is as varied and fragmented as any other kind of culture. The gun culture in the United States and the gun culture here in Canada are completely different. There’s hunting culture, the culture of self-defense, and then there’s the culture of people who appreciate history… and really just want to have a good ol’ rootin’ tootin fun time!

Thanks to Westerns and legends of the old west, when you think of cowboys, you almost always think of a six shooter. There’s something about a gun like a Colt Peacemaker that’s so iconic that it’s become part of the fabric of pop culture. It’s only understandable that there are many who would want to explore this culture for themselves, to live out the fantasy of being a cowboy or cowgirl, and fighting cow rustlers and outlaws in the old west.

Originally developed in the late 80s in Southern California, Cowboy Action Shooting (CAS) is a competitive shooting sport involving only guns that were designed before the 1890s. These guns could either be original models or unmodified replicas. At these events, participants and spectators are required to dress in period appropriate garb, even adopting period appropriate, fun nicknames—Boilerplate Pete, for example.

At these competitions, each shooting range is called a “stage”, with each stage having different rules and occasionally utilizing different period-accurate guns, such as single action revolvers, double-barrelled shotguns, lever-action rifles, and pump action shotguns. Racing against the clock, shooters must shoot targets as quickly and with as much accuracy as possible. Generally, each target missed adds five seconds to the shooters’ time and ten seconds are added for each penalty. At the end of shooting, the contestant with the lowest score wins.

There are also often themes for each of the stages, giving the shooters a wild west scenario they have to follow, such as robbing a bank. They might have to navigate through a stage holding a bag of “money” while shooting targets. There are generally never any cash prizes offered to the winners at CAS events, it’s mostly for bragging rights, but there are lots of fun lotteries and draws for the families who attend.

Although the spirit of cowboy action shooting is firmly in the 19th century, safety standards are planted firmly in the 21st. Gun safety regulations have come a long way since the wild days of the west, so proper hearing protection and safety glasses are required during shooting.

CAS Around the World

If you’d like some more information about all things guns, please feel free to follow us on Facebook and Twitter or visit us at GTA Guns for all of your gun auction and gear needs!