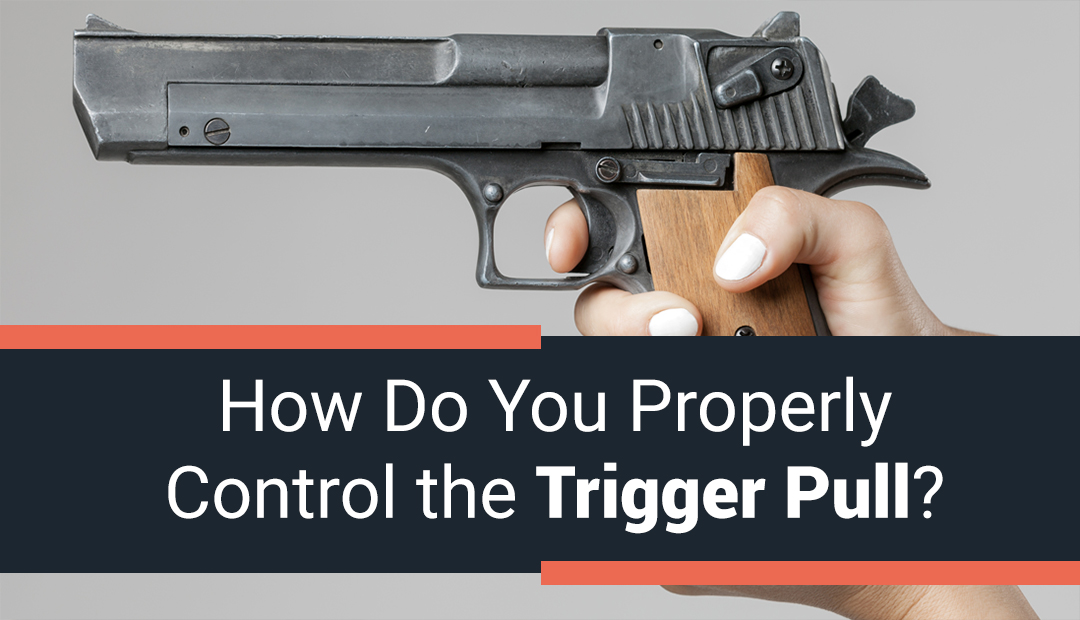 How do you find your preferred position? Try this dry-firing exercise:

CHECK AGAIN THAT THE GUN IS UNLOADED.

You should also consult your owner’s manual to ensure that it will not harm your gun to dry fire it. (Some rimfires should not be dry-fired without using “snap caps,” or the firing pin may become damaged.)

For your dry-firing exercise, use a simple white sheet of paper as a target. (The white paper allows you to concentrate on sight alignment without being distracted by either the sight picture or a natural wobble area.) Have a friend or coach look over your shoulder as you dry fire. Ask them to watch your sights against an object downrange to verify that your aim was not disturbed as you pulled the trigger. When the firing pin hits the dummy cartridge without causing any movement of the sights, you’ve found the correct location for your trigger finger on the trigger.

What should you do if your front sight moved during the dry-fire exercise? Simple: Either move the trigger or move your finger. Moving the trigger is preferred, but some triggers aren’t adjustable for position. That means you’ll have to move your finger on the trigger. Continue to dry fire as you do this until you find the spot where the sights don’t move as you pull the trigger. Sometimes you must slightly adjust your grip (the position of the hand on the stock or grip) to get your finger positioned properly on the trigger.

Once you’ve found the correct location for your trigger finger, make sure you remember it and enter the data in your shooter’s diary. (If you don’t have a shooter’s diary, now would be a great time to start one!) The key is that you must grip the firearm the same way every time. Keep in mind that the contact point on the trigger finger may change from gun to gun and position to position.

Start the exercise by extending your shooting hands in front of you. Your fingers should be pointed away from your body, palms vertical, thumbs parallel with the bones of the forearm and inside the palm of the hand. Then place the pad of your trigger finger against the end of your thumb. Imagine that your thumb represents the face of the trigger. Now smoothly increase the pressure to the rear against the thumb until your thumbnail is almost completely white. This whiteness simulates that the gun has fired. Now, hold that pressure. The changing color under your thumbnail shows that pressure on the trigger is increased smoothly until the shot is fired. The direction in which your thumb joint moves shows whether or not the thumb is moved straight rearward as a trigger should be.

Next, slowly relax the pressure on your thumb, but maintain contact between the finger and the thumb, and watch your nail regain its color. When your nail regains color, this simulates the point at which the trigger resets itself for the next shot.

There are three things to learn from this exercise:

Here are two trigger control techniques that will work with any trigger: