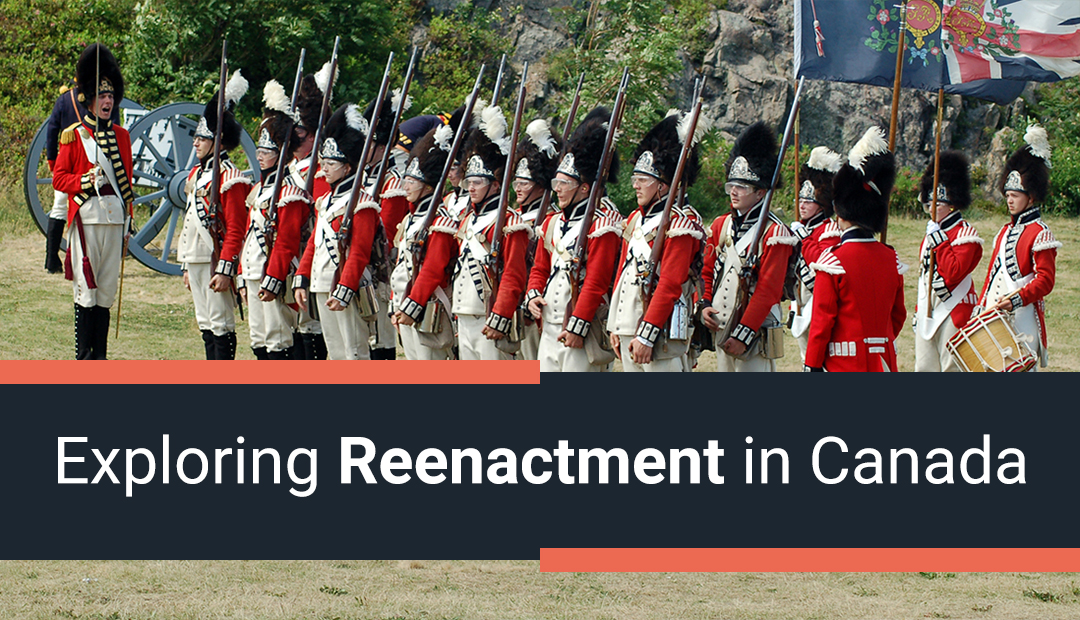 When you were in school, did you love history class?

One of the most intriguing firearm subcultures out there today are the history reenactors. There are groups all over North America that choose a specific time period or conflict to reenact as a way to embrace history, learn about the period, and honour those who were lost in wartime. In the United States, the most popular period reenacted is the Civil War. (Unsurprisingly, doesn’t hold quite the same level of popularity here in Canada!) That said, history reenactment societies celebrate periods ranging from the Napoleonic Wars all the way to Vietnam, with just about every era in between. And, of course, a major part of these reenactments is to use period accurate weapons and firearms.

Societies as old as Rome celebrated war reenactments as a way to “bring history to life”, teach others about conflicts, and honour those lost. Really, when you think about it, historical movies about wars are nothing but incredibly accurate, big-budget reenactments. Today, you see historical reenactments in popular culture everywhere, from medieval jousting restaurants to period-dress swing dancing events. The ones we’re focusing on today, however, primarily involve historical firearms.

We’ve actually already examined a form of historical reenactment with the subculture of the Cowboy Action Shooting. Although these Wild West-focused groups usually don’t reenact specific events, their rules involving period appropriate dress, period accurate firearms, and adopted characters fits well in the culture of historical reenactment as a whole. In Canada, two of the most popular wars that are reenacted are the War of 1812 between Upper Canada and the United States, and World War II.

For the War of 1812, groups such as the Incorporated Militia of Upper Canada regularly hold and attend reenactment events at historical sites all over Canada and the US. They’re living historians who celebrate the history of the real Incorporated Militia of Upper Canada that first saw action in the Niagara-York region in 1813. At these events, you dress in period accurate clothing, run drills that the militia would have actually participated in at that time, and use period appropriate firearms—that, of course, do not use live ammo, but do use real gunpowder.

Two of the most popular World War II reenactment groups in Ontario are the Ontario WW2 Reenactors Association and the Perth Regiment of Canada. The Ontario WW2 Reenactors Association utilizes very realistic battery and air powered guns for their weaponry (so, no ammo), as well as period accurate uniforms. Thankfully, you don’t need to spend a fortune putting together your own “uniform”, although slowly assembling your own costume pieces and equipment for your chosen nationality (Canadian, US, German, etc.) is part of the fun. The Perth Regiment of Canada are reenactors who honour the original battalion of the Perth Regiment of Canada by representing them at reenactment events and Royal Canadian Legion events meant to celebrate and honour those soldiers who were lost.

Many of the groups mentioned above are looking to recruit volunteers to take part, so if this kind of gun subculture interests you, you should absolutely get in contact. Just to be clear, we have no connection with any of these reenactment groups, aside from thinking that they look like they could be a lot of fun.

One thing we caution you about is using real historic and antique guns at these events. Many of those guns can be quite fragile and valuable. Most reenactment societies will provide their own reproductions of period appropriate weaponry, so you shouldn’t have to worry about taking your own.

If you have an antique gun that was used in any of these historical wars and you wish to have its value and condition appraised, we can help you. Take your firearm into GTA Guns for GUNCHECK™, where we will professional apprise its condition and give you an estimated value for insurance reasons or for sale. If you wish to auction off your collection, or possibly add to it, please inquire about our gun auctions as well!